I'm current utilizing a PC UPS as my off-grid inverter. The model is BEST FORTRESS UPS 600VA. It produces a clean sine wave and in fact it can power everything (as long as it's within it's power range) including LED lights, halogen lights, fluorescent tubes and even small motors. 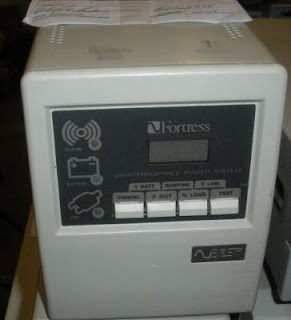 It has been in operation for almost 9 years and to be honest I'm really surprised by it's reliability! This UPS was never designed to be in operation/inverter mode for 24/7 with a 50%+ load almost continuously, however it has performed this task for all these years without any hiccups.
One of the most important upgrades which was required on this UPS to offer all these long years of service was the adding of active cooling. The UPS comes with passive cooling which is just NOT enough!
The cooling system is made up of 6 x 40mm 24v fans.


I know this from experience, since once the cooling fans stopped working and the UPS went from warm to hot.... in fact the transformer was starting to boil. Thankfully, the protection fuse finally blew, saving the UPS. 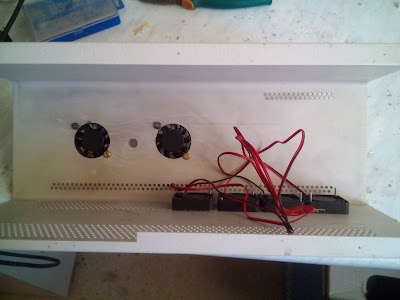 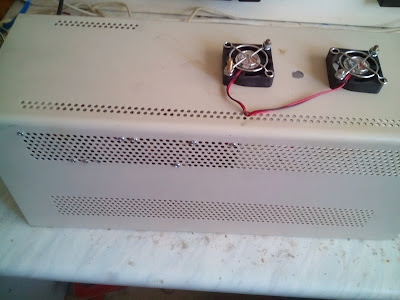 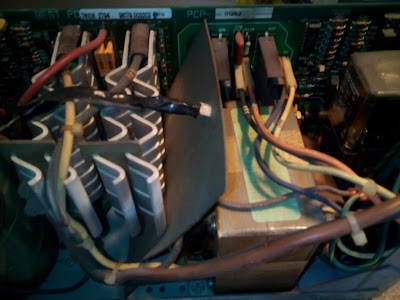 The image below is displaying the inverter opened without the cover. Instead of the batteries, there is now the fan controlling circuit and a large reservoir capacitor (150,000 uF - 50v).
The Inverter is taking power from the capacitor which in turn is being fed by 10mm cables. 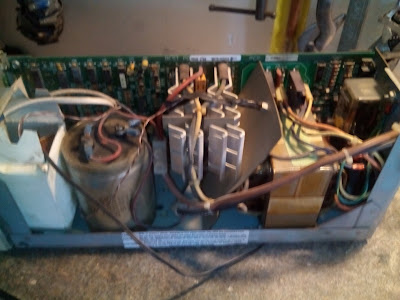 The image below is displaying the fan controlling circuit. It's basic function is to switch on the cooling fans when the temperature inside the inverter reaches about 40°C. Details of this circuit can be found here 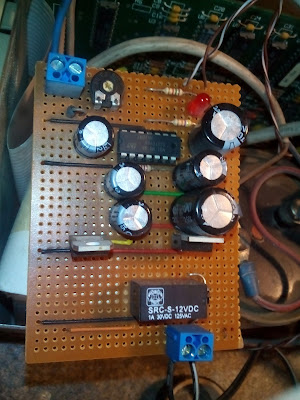