Fireplace water heating system (Part 1)
A couple of years ago, we installed a log fireplace at home, a 13KW box from Rotin fires of Zabbar. I'll try to find and post the brand and specification details of the firebox. We light it up only for 3-4 months a year, starting in November/December till March.
These are obviously the worst months for heating water from the sun simply because the days are the shortest and temperatures are the lowest. In fact, during this period we have a deficit of hot water from our water solar heater and we need to boost it up with the electric heating element.
This is why I decided to explore the possibility of heating my solar water tank using escaped heat from the fireplace.
The pictures below show what I did to capture heat from the fireplace. 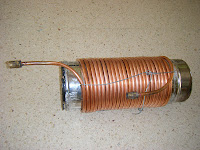 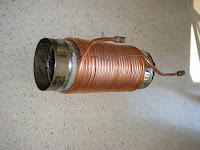 The above pictures are a 0.5 metre section of the chimney with a 15 metre half inch copper pipe wound around it. The idea is to capture heat escaping from the chimney pipe and getting it absorbed in the liquid circulating in the copper pipe which will eventually heat up the hot water tank. 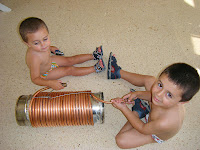 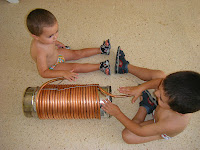 Getting the copper pipe around the chimney pipe proved to be a tough job; in fact I needed help from my two little boys :) 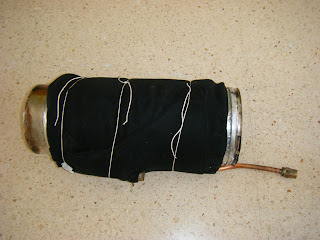 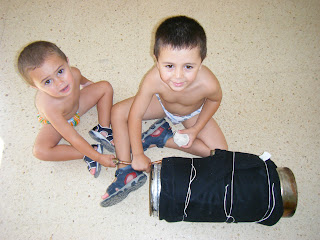 The below pictures show the final result. The blanket has been further covered with fibre-glass to further insulate and protect against the elements. 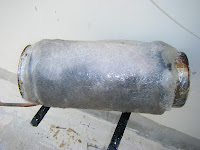 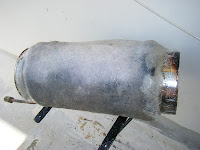 I'll be posting another article with all the details of the plumbing and circulating pump once I have everything installed and working.
Posted by Brian Ellul at 1/21/2013 07:43:00 PM