Part of my home system overhaul, I also upgraded the 24v panel. 10 years ago when I first built the control panel, my system requirements were much less.

The photo below is displaying my old control panel. I have 4 amp meters together with their respective fuse holders and switches.
The fuse holders were rated for 5 amp and the switches for 10 amp DC, however during the years, I had issues with both since I had to replace multiple switches and fuse holders because they melted 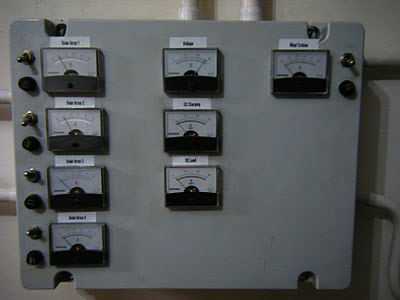 The photo below is displaying the new control panel. I removed the switches because in 10 years I don't think that I ever needed to switch off a PV string. Also, I removed the panel mount fuse holders, and instead I opted for a heavier duty rail mount fuse holders which have been installed inside the control box. I also replaced all analogue amp meters and analogue voltmeters with digital meters. The only amp meter which is still analogue is the wind turbine amp meter.
I now have 5 amp meters or PV string. Three of the string will feed directly the batteries while the other two strings will export to the grid.
In the middle I installed two power meters. These can measure current (A), voltage (V), power (W) and energy (KWH). One of the power meters is connected on the battery side, i.e. measuring what is going in/out of the batteries while the second power meter is connected on the load side, i.e. measuring what is being consumed (including the inverter load) 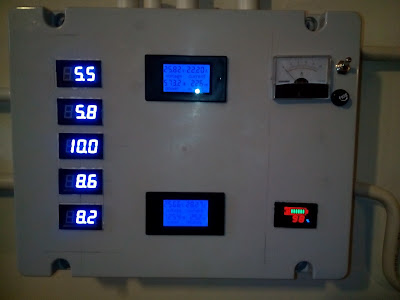 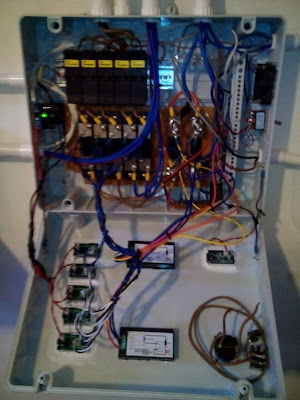 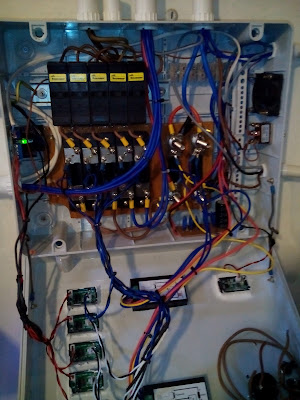 With regards to voltmeter I found this cool device which displays both voltage and percentage charge. 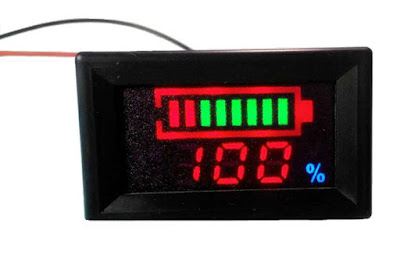 The below are the 50 amp amp digital meters.
(NOTE - These amp meters require an isolated supply from the current which they are measuring). 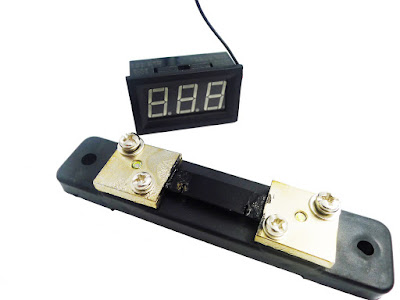 I opted for these 32 amp DC Bussmann fuse holders which I soured from RS Components. 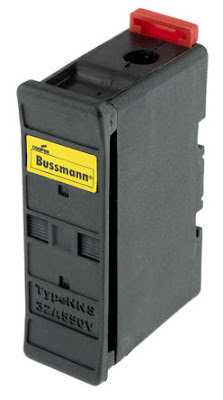 The Power meters which I soured from ebay is displayed below. It's quite cheap when one considers all it's functions. 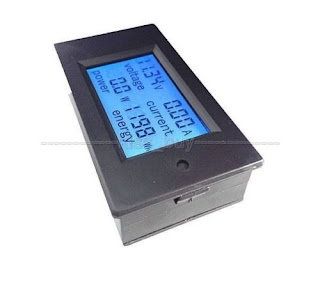 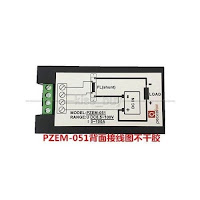